Episode 7 – Dr. Henry on the power of empathy and kindness

Dr. Henry on the power of empathy and kindness 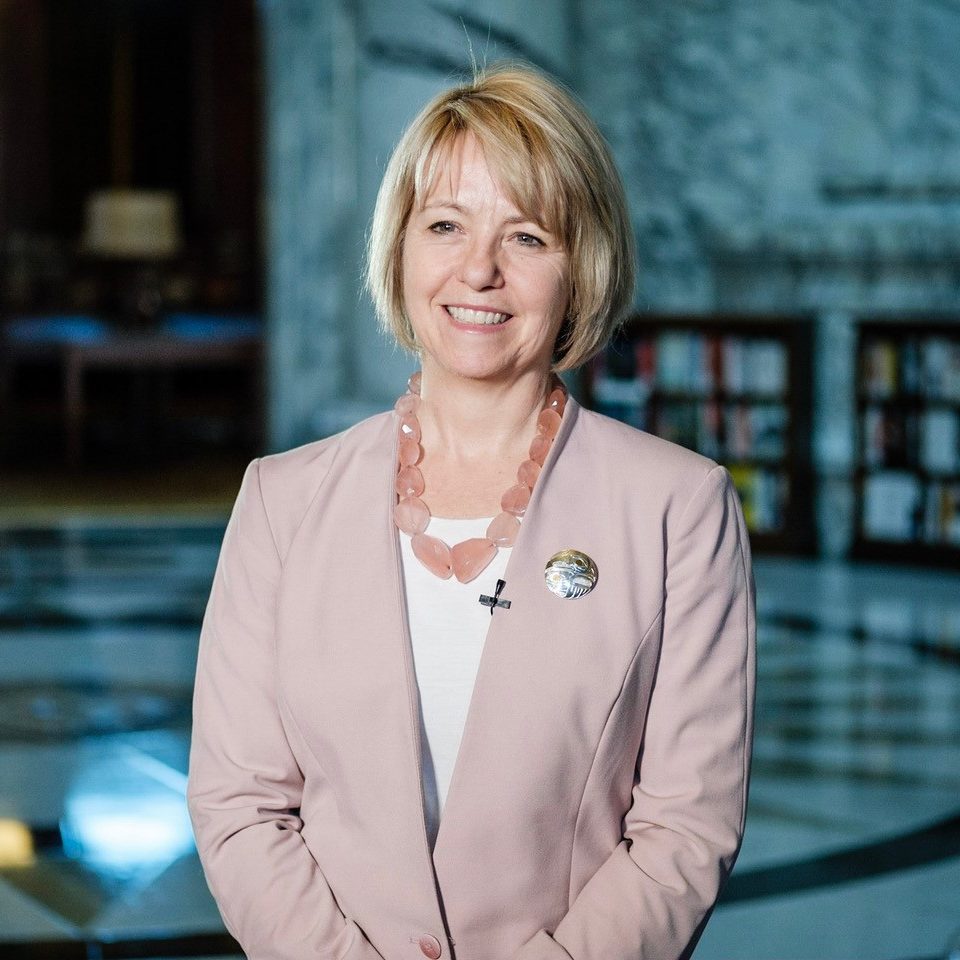 Dr. Bonnie Henry, the Provincial Health Officer for British Columbia is successfully leading her province and Canada through the coronavirus crisis. After graduating from medical school, Dr. Henry spent a decade serving as a medical officer on naval ships. Her practice has taken her around the world, working with both the World Health organization and UNICEF.

On this episode of For Her Country, Dr. Henry speaks about the need for empathy and compassion and how these traits contribute to effective leadership.

Dr. Bonnie Henry was appointed as provincial health officer for the Province of BC effective February 1, 2018.

Dr. Bonnie Henry was the deputy provincial health officer for three years starting in August of 2014 and prior to that served as the interim provincial executive medical director of the BC Centre for Disease Control from December 2013 until August 2014.

She was also the medical director of Communicable Disease Prevention and Control and Public Health Emergency Management with the British Columbia Centre for Disease Control and medical director for the provincial emerging and vector-borne diseases program as well as a provincial program for surveillance and control of healthcare associated infections; a position she started in February of 2005.

She joined Toronto Public Health in September 2001 as associate medical officer of health where she was responsible for the Emergency Services Unit and the Communicable Disease Liaison Unit. In 2003, she was the operational lead in the response to the SARS outbreak in Toronto. She was a member of the executive team of the Ontario SARS Scientific Advisory Committee.

Dr. Henry has worked internationally including with the WHO/UNICEF polio eradication program in Pakistan and with the World Health Organization to control the Ebola outbreak in Uganda.

Dr. Henry is an associate professor at the University of British Columbia, Faculty of Medicine. She is the past chair of Immunize Canada and a member of the Canadian National Advisory Committee on Immunization and the National Infection Control Guidelines Steering Committee. She chaired the Canadian Public Health Measures Task Group and was a member of the Infection Control Expert Group and the Canadian Pandemic Coordinating Committee responding to pandemic H1N1 (2009) influenza.

She has been involved with planning, surveillance and response to mass gatherings in Canada and internationally, including with the 2010 Vancouver Olympic and Paralympic Games. She is the author of “Soap and Water and Common Sense” a guide to staying healthy in a microbe filled world.