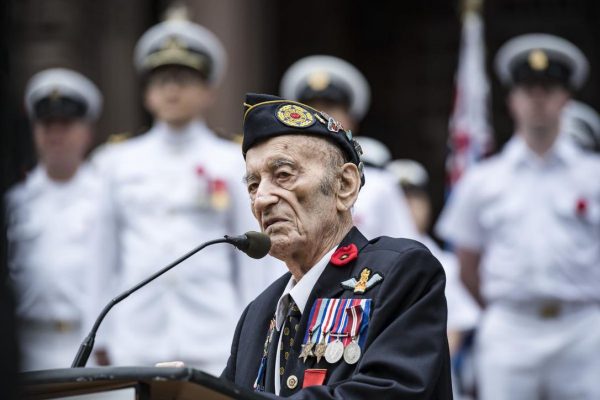 His moving story of sacrifice and selfless service

Captain (Retired) Martin Maxwell is a decorated World War II Veteran who was a prisoner of war and a soldier on the frontline 75 years ago.

Born of Jewish decent as Max Meisels on March 26, 1924, Martin was raised in Austria in an impoverished family with his older brother Leo and three younger sisters, Josefine, Erna and Berta.

In 1938, when Martin was 14 years old, Hitler and the Nazis invaded Austria. One morning while the Nazis were on parade, an SS officer threw his boots at Martin’s brother Leo and said, “when I return in four hours, I want to see my boots looking like new.” The soldier had taken a liking to Leo and three months later, before moving to Berlin, this same guard signed a letter that would come to save both Martin and Leo’s life. The letter stated that Leo was not an enemy of the state and the soldier urged Leo to keep the letter with him at all costs to allow his freedom. On Kristallnacht in November 1938, when Nazi-inspired mobs descended upon the Jewish people throughout the Third Reich and beyond, the letter saved the two boys from the horrors of being sent to a concentration camp.

Martin was evacuated to England on the Kinder Transport and adopted by the Weber’s, a Jewish family in Manchester. Once he came of age, Martin joined the Royal Air Force and trained as a Glider Pilot.

At age 21, Martin flew a glider plane carrying 22 highly trained soldiers. Along with five other gliders, they were the first to land in Normandy the day before D-Day to capture Pegasus bridge and prevent Germans from sending reinforcements from the rear. Martin’s assault team captured and held the bridge until relieved by Lord Lovett’s Commandos advancing from the D-Day Normandy beach head.

Three months later he flew into battle again, this time at Arnhem, Holland, depicted in the motion picture “A Bridge Too Far” where, after safely landing troops, he was wounded and captured. Released a year later, at the end of the war, he went on to work with the U.S. State Department, prosecuting Nazi war criminals.

Martin retired from the Royal Air Force with the rank of Captain. He was awarded some of the highest honours, including the Queen Elizabeth II Diamond Jubilee Medal and the Legion of Honour from France. Soon after he was reunited with his one remaining sister, Berta, in Toronto.Reflecting back on this time, Martin felt blessed to be reunited with a family member, knowing nearly 70% of children sent on the Kinder Transport never saw their family again. Martin was also able reconnected with Leo who then went on to fight in the Israeli War of Independence in 1948. 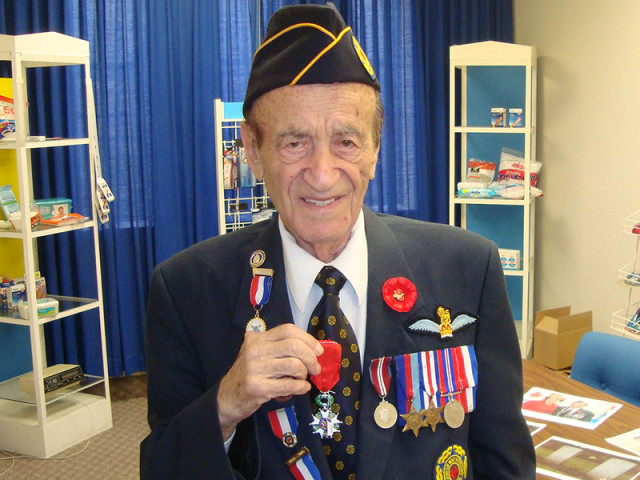 In 2010, on the 65th anniversary of the end of World War II, Martin was invited to speak in Apeldoorn, Holland. In his closing words, Martin told the people of Holland and the world, “There are so few of us left, I am handing over to you the Torch of Freedom. Hold it high so that others can see it. If ever you are called upon to defend freedom, do it with everything you have because once freedom is lost, it is nearly impossible to recover. It took us five years and millions of dead and wounded to keep our freedom and give it back to you.”

For your tomorrow’s we gave our today’s

Today, Captain (retired) Martin Maxwell stands strong at 96 years old, sharing his story and teaching later generations about the lessons gained from the war. Recalling an inscription etched on a tombstone in a cemetery near Arnhem where he fought, “For your tomorrows, we gave our todays”, Maxwell urges Canadians to honour the ultimate sacrifice his comrades made, including the seventeen hundred fellow soldiers that are laid to rest in that cemetery. Their sacrifice fuels the need to continue to invest in our military and Veteran community while remembering the sacrifices of those who fought for our freedom.

“I urge every Canadian to honour the sacrifices our military and Veteran community make for our freedom today. The best way to honour a Veteran is to do the right thing and support serving members and Veterans who need your support. You don’t have to be a millionaire to help people, a few dollars can be the start of a life-changing difference for someone to get back on their feet.”

We know that programs that support well-being, enable rehabilitation and recovery from injury, assist the children and spouses of those who serve, and promote re-integration into communities following service can be life-changing, and we want to ensure that those who serve today have access to these critical resources. That is why it’ s essential for True Patriot Love to continue to fund programs that support currently serving Canadian Armed Forces members, Veterans and their families.

To further help True Patriot Love and his beloved military community, Capt. Maxwell launched his own fundraising campaign and proudly donated the first $2,000.

“I hope you will join me in supporting this worthy organization and the community they serve by donating to True Patriot Love directly or to my GoFundMe page.”

To date, True Patriot Love has funded over 925 programs that support our military and Veteran community across Canada. Help us continue to fund these critical support services by donating today.

See Captain Maxwell in our Fireside Chat on the 75th Anniversary of the End of WWII here.