Almost twenty years ago, the Canadian military lifted all restrictions that limited occupations for women, and many exceptional women have risen through the ranks and continue to make a lasting impact through their service to Canada.

On May 26, True Patriot Love Foundation launched For Her Country, a new podcast that aims to inspire and educate listeners by profiling the stories, experiences and lessons of a cross section of inspirational women leaders in the Canadian military. The podcast is in honour of fallen hero and trailblazer Captain Nichola Goddard, a courageous artillery officer who became the first woman soldier to die in combat at the age of 26.

Having completed the first season of the podcast, True Patriot Love hosted a live conversation with some of the series’ guests including: Lieutenant-Colonel Eleanor Taylor, Warrant Officer Avril Jno-Baptiste-Jones and Sergeant Leslie Blair. The discussion was moderated by the host of For Her Country, Shannon Busta, and panelists shared their perspective and stories of leadership, resiliency and self-improvement. 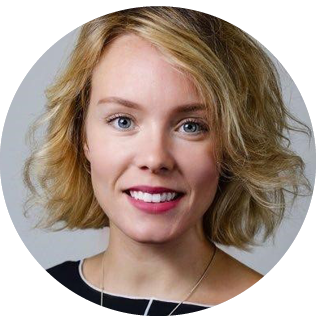 Click on the picture to learn more about each panelists.

Eleanor Taylor is a native of Antigonish, Nova Scotia.

She spent 25 years as a regular force infantry officer, where she worked with Special Operations Forces Command.

Eleanor has completed multiple deployments overseas – among them Kosovo and Kandahar, Afghanistan in 2010, during which she led operations with soldiers from the Canadian, US, and Afghan armies. At that time in 2010, Eleanor was the only female to lead a NATO infantry combat sub-unit in Afghanistan.

While no longer full time, she still enjoys serving the Canadian Armed Forces in support of 36 Brigade Group HQ in Halifax N.S.

In 2019 she was invested into the Order of Military Merit which recognizes exceptional service.

Now, she runs Eleanor Taylor Consulting, a company that supports the development of teams and leaders who thrive in adversity.

Eleanor lives in Halifax, with her two children.

Warrant Officer Avril Jno-Baptiste-Jones was born and raised on the Caribbean island of Dominica and immigrated to Canada at a young age.

Nearly two decades later, in Winnipeg, Manitoba, Avril joined the Canadian Armed Forces as a Reservist as a Finance Clerk.

She has completed a deployment overseas to Afghanistan and has been a recipient of the Queen’s Diamond Jubilee medal.

Avril retired from the army in 2017 after 25 years of service and transitioned to the private sector but soon found herself looking to make her way back to the army as a reservist.

Today she lives in Milton, Ontario, having recently returned from a deployment to Kuwait.

A 13-year veteran in the Royal Canadian Air Force, Sergeant Blair has lived in various locations across Canada, coast to coast, and has been posted to both Trenton and Shearwater. Sergeant Blair has deployed on operations in Camp Mirage and Afghanistan.

Sergeant (Sgt) Blair was born in North Bay, Ontario and grew up in a military family, which gave her the opportunity to travel and see many parts of Canada and the world. Shortly after graduating from high school, she joined the Canadian Armed Forces (CAF) as an Aviation Systems Technician (AVN Tech) in the Royal Canadian Air Force (RCAF).

Her first posting was to 8 Wing Trenton with 8 Air Maintenance Squadron as a Propulsion Specialist on the CC130 Hercules aircraft. One year later, Sgt Blair deployed with the Tactical Airlift Unit to both Camp Mirage and Afghanistan for three rotations totaling seven months.

In 2011, she was moved to 424 Squadron Search and Rescue and had the privilege of participating in many domestic exercises.

In 2012, while at 424 Squadron and as a member of the Camp Trillium committee, Sgt Blair started the 8 Wing Herc Pull which raised nearly $4000 for children with cancer, for which the team received a Wing Commander’s Commendation. The following year, in an effort to grow the Herc Pull, the team decided to support the Government of Canada Workplace Charitable Campaign (GCWCC). As the Herc Pull OPI and overall GCWCC Event Coordinator, her efforts largely contributed to the total donation of $140,000 in support of the GCWCC, for which she received her own Wing Commander`s Commendation.

In November of 2016, she set her sights on helping veterans that haven’t transitioned well to civilian life. Santa for Nova Scotia Veterans was launched to bring Christmas joy to veterans in need or alone over the holiday season. With 32 emotional deliveries to veterans completed just in time for the Christmas holidays, this project was by far the most humbling and eye-opening experience she has had the privilege to lead. Now, in its fourth year, renamed Santa for Veterans, the project reaches coast to coast, last year sending out numerous packages to veterans and delivering knit socks to veteran hospitals.

In 2014, she was posted to 12 Wing Shearwater to work on the Cyclone Helicopter. She is currently a member of 423 Maritime Helicopter Squadron and resides in Nova Scotia with her husband.