Warrant Officer Avril Jno-Baptiste-Jones on finding your own path 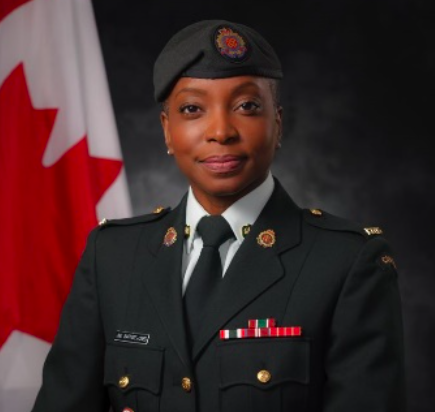 Warrant Officer Avril Jno-Baptiste-Jones shares her story of finding stability, confidence and professional success in the military after immigrating to Canada as a young girl.

Warrant Officer Avril Jno-Baptiste-Jones was born and raised on the Caribbean island of Dominica, she immigrated to Canada at a young age.

Nearly two decades later, in Winnipeg, Manitoba, Avril joined the Canadian Armed Forces as a Reservist as a Finance Clerk.

She has completed a deployment overseas to Afghanistan and has been a recipient of the Queen’s Diamond Jubilee medal.

Avril retired from the army in 2017 after 25 years of service and transitioned to the private sector but soon found herself looking to make her way back to the army as a reservist.

Today she lives in Milton, Ontario, having recently returned from a deployment to Kuwait.