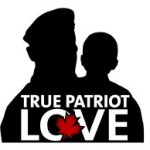 “Bell Let’s Talk is proud to support the incredible work being done by the latest recipients of the Bell True Patriot Love Fund. These organizations are making a real difference in the lives of Veterans, military members and their families, providing them with increased access to mental health programs in the communities where they live,” said Mary Deacon, Chair of Bell Let’s Talk.

Launched in 2013, the Bell True Patriot Love Fund is a $1-million program providing grants from $5,000 up to $25,000 to community mental health initiatives that support Canadian military families, Veterans and serving members. Since its launch, the Fund has provided 32 grants to programs delivered through Military Family Resource Centres (MFRCs) and other charities that work to improve access to mental health care in military communities across Canada.

“True Patriot Love is grateful for the continued support Bell Let’s Talk has provided in creating a long-term mechanism to enhance mental health care for the Canadian Armed Forces community,” said Bronwen Evans, CEO of True Patriot Love. “Together, we are committed to creating positive change and ending the stigma surrounding mental illness that impacts Canadians in and out of uniform.”

Bell’s donations are made at no extra charge to Bell Let’s Talk Day participants, though normal long distance or text charges, if any, apply.

True Patriot Love Foundation (TPL) is a national charity that honours the sacrifices of members of the Canadian Armed Forces, Veterans and their families in both times of peace and conflict. TPL funds unique programs and innovative research in the areas of family health and support, physical health and rehabilitation, mental health and well-being, and research and innovation. TPL is also committed to bridging the gap between military and civilian communities, hosting multinational symposiums and organizing ambitious global expeditions. Since 2009, True Patriot Love has committed more than $15.1 million to support military charities and research across Canada. For more information, visit www.truepatriotlove.com.